Division of Pensions, IRAs, and 401K

Property division and alimony are the most commonly discussed aspects of spreading assets and finances post-divorce, however one process seldom considered is the process of dividing the intangible assets of a retirement plan and benefits. Like bank accounts and other finances, these benefits are often shared between spouses. Likewise, when a divorce happens, these items must be divided between the spouses as well, as it is likely that they may be considered as part of the marital property.

When dividing retirement plans there are a few important things to remember. This can be a complex process. Sometimes, these benefits and plans must be reviewed for their origin to see if they are eligible for division or if they belong to one spouse specifically.

Determining What Plans May Be Divided

First and foremost, the benefit plan must be considered as a part of the marital property, otherwise there is no negotiating. There are two types of plans: benefit plans and contribution plans. Benefit plans include pensions and cash balance plans. Contribution plans include things like IRAs and 401k plans, that an employer will contribute to. Typically, most plans that are in effect before a person's marriage are thought of as "co-mingled," meaning that the plan itself is simultaneously marital property and non-marital property. The marital aspect will typically only include any growth the plan went through during the marriage. A plan created during the marriage will be considered marital property, which will make it subject to be divided between the two parties, unless contributions were made after the two spouses separated. Finally, any plans created and contributed to after the spouses have separated will normally be considered non-marital property.

When it comes time to actually divide the plans between the spouses, the courts will make use of the standard of "equitable distribution," meaning that the plans will be divided among the spouses according to what the court rules as "fair." The court also has separate methods for how pensions are divided versus how contribution plans are divided. Typically pension plans can be divided through a deferred distribution, which essentially separates the plan into two separate plans for each spouse according to the court's ruling. In an immediate offset, the court will consider the value of the plan and divide other assets to offset the value of the plan. For contribution plans, a portion of the retirement account will either be rolled over into another spouse's own plan, or the entirety of the account will be "cashed out" or liquidated with the total amount being divided between the two spouses.

At times, the court may order a Qualified Domestic Relations Order (QDRO) which allows the finance companies of the retirement plans to divide the benefits. These orders are very complex and are not simple to either obtain or enforce, so it is a rare solution to the issue of dividing retirement plans.

If you or a loved one is involved in matters of Family Law, contact Joseph D. Lento today.

Attorney Joseph D. Lento and the Lento Law Firm are here to help. There is no obligation if you would like to contact us with any questions or concerns regarding your or your loved one's issue. We will promptly follow up with you and let you know how we can help.

Thank you for contacting us. We will get back to you shortly.

Please complete all required fields below.

Click here to learn what gets me up in the morning!

Attorney Joseph D. Lento fights on behalf of clients in cases featured in the local and national media.

Attorney Joseph D. Lento has more than a decade of experience practicing Family Law in Pennsylvania. If you are having any uncertainties about what the future may hold for you and your family, contact our offices today. Family Law Attorney Joseph Lento will go above and beyond the needs for any client and fight for what is fair. 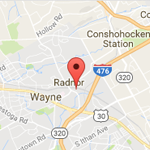 3 more
This website was created only for general information purposes. It is not intended to be construed as legal advice for any situation. Only a direct consultation with a licensed Pennsylvania, New Jersey, and New York attorney can provide you with formal legal counsel based on the unique details surrounding your situation. The pages on this website may contain links and contact information for third party organizations – the Lento Law Firm does not necessarily endorse these organizations nor the materials contained on their website. In Pennsylvania, Attorney Joseph D. Lento represents clients throughout Pennsylvania's 67 counties, including, but not limited to Philadelphia, Bucks, Chester, Delaware, Montgomery, Berks, Lancaster, Lehigh, and Northampton County. In New Jersey, attorney Joseph D. Lento represents clients throughout New Jersey's 21 counties: Atlantic, Bergen, Burlington, Camden, Cape May, Cumberland, Essex, Gloucester, Hudson, Hunterdon, Mercer, Middlesex, Monmouth, Morris, Ocean, Passaic, Salem, Somerset, Sussex, Union, and Warren County, In New York, Attorney Joseph D. Lento represents clients throughout New York's 62 counties. Outside of Pennsylvania, New Jersey, and New York, unless attorney Joseph D. Lento is admitted pro hac vice if needed, his assistance may not constitute legal advice or the practice of law. The decision to hire an attorney in Philadelphia, the Pennsylvania counties, New Jersey, New York, or nationwide should not be made solely on the strength of an advertisement. We invite you to contact the Lento Law Firm directly to inquire about our specific qualifications and experience. Communicating with the Lento Law Firm by email, phone, or fax does not create an attorney-client relationship. The Lento Law Firm will serve as your official legal counsel upon a formal agreement from both parties. Any information sent to the Lento Law Firm before an attorney-client relationship is made is done on a non-confidential basis.